Grand Ole Opry Through the Decades 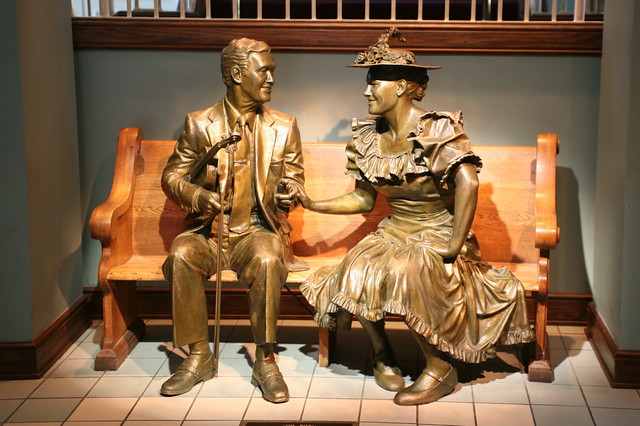 One of the first performers heard on the Opry was 77 year old fiddler, his name was Uncle Jimmy Thompson.  When the WSM, Barn Dance (Grand Ole Opry) first aired in the 1920’s it consisted mainly of fiddlers,banjo players and
harmonica players.  Since that time we have
had several talented singing artists such as Bill Monrow, Roy Acuff, Ernest Tubb, Hank Williams, Kitty Wells, Patsey Cline, Johnny Cash, Loretta Lynn, Reba McEntire, Porter Wagner, Clint Black just to name a few. These are some of the greatest performers that have sang on the Opry stage.

During the 1930’s the Opry changed from an instrumental show to a contemporary country singer show.  At this time is when Bill Monrow and Roy Acuff first joined the Opry.  Some of the other artist were Pee Wee King, Delmore Brothers, Curly Fox, Bronco Brothers and Zeke Clements. The Opry also decided to add comedy to the show with such acts as Sarie and Sallie, and Jamup and Honey.


In 1947 Ernest Tubb began airing his own post Opry show, called The Midnight Jamboree, from his down town Nashville record shop.

The Grand Ole Opry has been known for being the main tribute for making country music so popular along with their radio station WSM. as well as turning Nashville into “Music City USA”.  The 50,000 watt transmitter and a 878 foot antenna tower, allowed WSM broadcast on your radio dial 650 am. to be heard in 30 states.