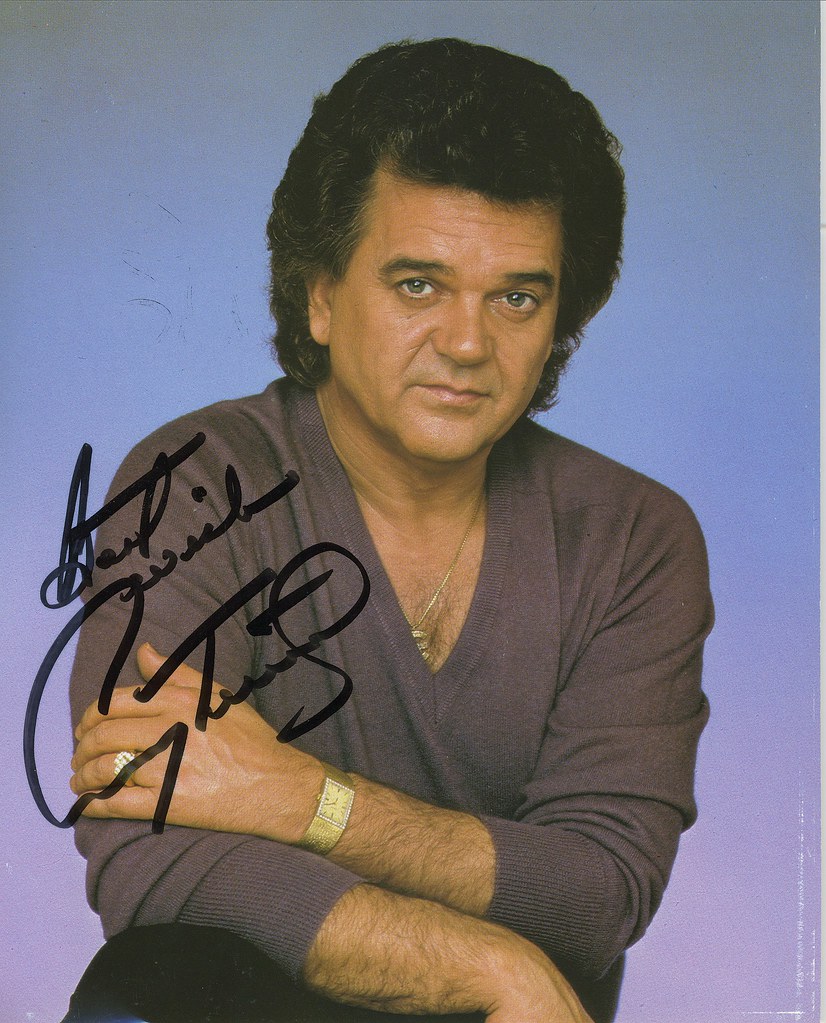 Conway Twitty was born as Harold Lloyd Jenkins to Velma Jenkins and Floyd D. Jenkins in Friars Point, Mississippi. He was a country singer, but was also a successful rock and roll, rockabilly singer.

At the age of 10, he formed a country band and called it “The Phillips Country Ramblers.” In the ’50’s he would kick start his recording career in Memphis, Tennessee at Sun Studios as a rock-n-roll artist. This is the same place that Elvis, Jerry Lee Lewis and Johnny Cash done their first recordings.

Harold Jenkins was a great baseball player and was offered a spot on the Philadelphia Phillies when he graduated out of high school, but was drafted into the United States Army before he could sign the contract. While in the army he performed with his band called “The Cimmorons” Uncle Sam done us a great favor considering Conway gave us so many country hits.

Conway Twitty actually got his stage name from two different states Conway, Arkansas and Twitty, Texas. He changed his stage name at the request of his manager who thought that Conway Twitty sounded more intriguing for the public.  Conway does his rock-roll break through in 1958. Some of his hit singles was, “Danny Boy”, “Monalisa” and “Lonely Blue Boy”.  In 1965 he went country full time. At this time in the ’60’s Conway was still considered a rock-n-roll singer not a country singer and some of the country radio disc jockeys refused to play his songs.

In the ’80’s Conway opened the country music entertainment complex, “Twitty City”, located in Hendersonville, Tennessee, just north of Nashville. It was a beloved tourist attraction until it closed in 1994.


Conway had 3 wives he first married Ellen Mathews in 1953 and divorced in 1954 after their child was born.  In 1955 he married Temple Medley (Mickey) and had three children they divorced in 1976 and soon remarried one year later, then divorced again in 1985. In 1987 he was married to Deloris Virginia Henery until his death in 1993.

Conway had 55 number one hits singles, 50 plus million albums sold and record breaking sold out crowds, night after night.  He was considered “The High Priest of County Music”, and the “Best Friend a Song Ever Had”  From 1971-1976 he received a string of Country Music Association Awards for duets with Loretta Lynn.

Conway never took his abilities for granite. Instead he respected his gifts by working hard at them and respecting everyone he touched.  There is no tortured artist story. There is no grand comeback from self destruction, just a remarkable steady journey of a man that never drank, never did drugs, but simply worked hard at what he loved a family that he loved deeply and the fans that cared for him.